Home » General » My PC, My Story: What I Accomplished With My HP Pavilion Notebook PC 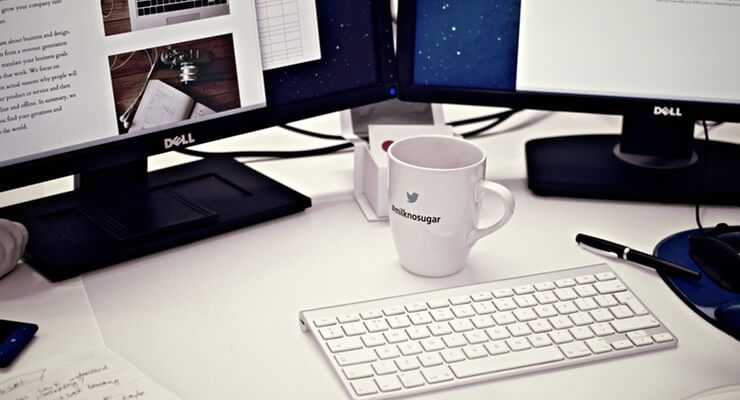 Has your personal computer helped you in making your life better? Do you absolutely love technology?

Well, I should be truthful and accept that my PC has helped me in making my life better and that I absolutely love technology.

Currently, I own an HP 6043TX Pavilion dv6 Series Notebook PC with the below configuration –

I got it as a present from my dad around five years back. Well, to be honest, that was my first personal computer. I got to do whatever I wanted with it. It was mine and no one else had access to it.

There started our journey. I was just obsessed with it and started exploring it.  It was at that time I taught myself C++ by watching many online tutorials. To execute the programs, I tried installing the usual C++ compilers but in vain. But then I didn’t give up and found a way out to install the IDE by using DOSBox emulator. I just made it work when my peers weren’t able to do it on their 64-bit PC’s.

That was just a beginning. Soon I taught myself to code basic graphics using C++ and that lead me to share the knowledge with others through a blog I created using Google’s Blogger platform. Though I had just shared thirty-four programs on that blog and later abandoned it, it continues to receive traffic. Have a look at the stats till date –

Till date, it’s got more than one hundred thousand views. Fast forward a few years later and now I’ve mastered a few more skills and WordPress is one among them. WordPress is a content management system which now powers around twenty-seven percent of the Web.

TRENDING NOW:  Reasons Why This Was My Best Christmas Ever - Xmas 2k16

Though I didn’t master it through my coding skills, I learned it by spending hours and hours on my PC. I’ve literally spent months mastering the art of WordPress. If it weren’t for my PC, I wouldn’t have gotten a chance to learn it.

WordPress is not just a piece of software but an invention which powers so many websites right now. The Walt Disney Company, Xerox, Sony Music, Microsoft News Center, PlayStation, Angry Birds, Groupe Renault, LinkedIn, etc are some of the major companies that have one or many of their sites running on WordPress.

Thanks to my PC, I was able to learn it by installing WampServer – a web development environment for Windows. Basically what it does is, it allows me to set up my own Apache, PHP, MySQL local server environment to play around with. It is a very useful tool for web development using Windows machines.

Once I was comfortable with WordPress and confident in setting up one final site to boost my skills, I also made sure to monetize it with advertisements and affiliate links. Till date, I have earned around 1,67,000 INR from my site. More than that, I got to improve my skills highly in web development.

Now I am comfortable with creating beautiful, fast and fully responsive website using WordPress. Many people who are new to web development argue that WordPress is either very easy or totally confusing. I completely disagree with them. It needs so much of patience and efforts to master the art of web development – be it during the staging phase or while deploying it to production.

TRENDING NOW:  How To Get Your Year In Review Video On Facebook

Soon after that, I got to prove my skills in college during our department’s technical symposium. I grabbed the opportunity to design the event’s official website after so many hurdles. Later, three of my friends joined in my venture and I helped them get started with it and at last, we fully completed the design and development and got approval from the higher authorities in charge of the event.

Later we deployed the website into production and since it got live and was accessible to everyone, wishes started pouring in for designing it. It took us nearly a month to completely finish the development process.

The Head of the Department was also in praise for us and she gifted us with a certificate each. Also, she congratulated us on stage during her talk at the event.

Thus, to conclude I should say that without my PC, all this would not have been possible – I wouldn’t have earned so much either would I have got myself and my friends’ appreciation from our Head of the Department.

Thus I encourage you guys too to spend your time wisely with your PC. You won’t know how much potential you’ve got to explore until you spend some quality time with your PC.

PC’s are like beasts waiting to be tamed by us. I tamed mine. What about you?

Learn More
Previous Post: « Everyone Is Talking About New Year Resolutions And So I Am
Next Post: How to collect readers feedback on your WordPress site »