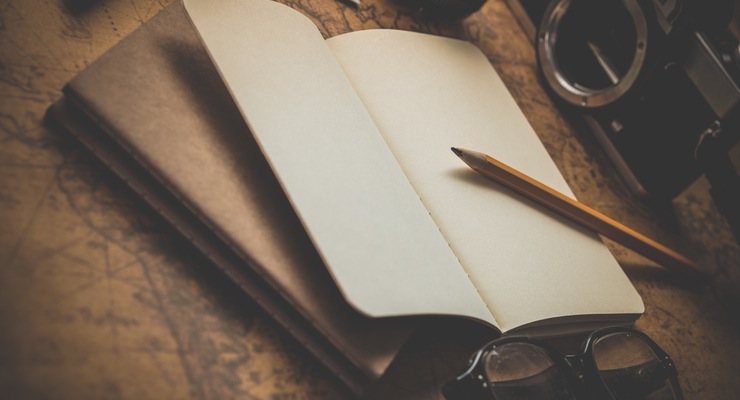 We all know what FOSS is and what are its benefits. FOSS is nothing but an acronym for ‘Free and Open Source Software’. Basically, any software which allows the user to freely run the program anywhere and for any purpose, modify the program files as per their requirement, and allows them to freely distribute copies of the original software or their own modified versions is known as free and open-source software. In this post, I’m going to share with you all how my journey towards FOSS started.

A few days I came across an article in ‘The Hindu’ newspaper about a workshop that was to be conducted at Loyola-ICAM College of Engineering & Technology and organized by the Free Software Foundation Tamil Nadu (FSFTN), a non-profit organization that is a part of Free Software Movement of India (FSMI). Coming across the terms ‘free’ and ‘software’ together, I was intrigued by it and decided to check what it was all about.

So then I applied for the workshop along with five of my classmates (actually I forced them to join me!).

At first, I wasn’t much serious but once the sessions started I adapted to the sessions, for I had the thirst for knowledge – Learn Something New. For me, everything over there was like a new experience because I didn’t know much about Linux, the Free Software Ideology, Git, Python, the Mesh Networks, Cryptography, Mass Surveillance, etc.

The workshop consisted of two tracks – Programming and Design. I & my friends chose the programming track, so I’ll stick to it.

Introduction to Free Software and Linux

On the first day there was an introductory session to the World of Free Software; remember its Free Software – Not Open Source Software. Both are different. More on it later.
Then the session on Linux started and we were briefed about the history of Linux and how Linus Torvalds and Richard Stallman brought about a great revolution in the Software world. After that, topics related to Linux like the kernel, shell, flavors/distros, etc were explained. Moving on we started trying out Ubuntu by booting into the Live USB image provided to us by the volunteers (they provided us with an 8GB SanDisk USB 2.0 Pen Drive with a bootable image of Ubuntu 14.04 LTS – Trusty Tahr). Everything was hands-on. We tried working out with the commands in the terminal they taught us at that session. After the Linux session in the morning, we had a break, and then in the afternoon session, we got to know about Shell Scripting, Bash, blah blah blah and all those stuff.

Getting Started with Git and Python

On the second day, in the morning session it was all about Git – Using Git, Getting started, Eating Git, Breathing Git, Everything Git! Saying so because we learned much about using Git – the version control system. In the afternoon session, we learned Python (version 3). Everything was hands-on. We used a jupyter notebook to work with Python as we were new to it. I’ve heard a lot about Python but this is the first time I’m working with it.

TRENDING NOW:  Diving Into The World Of PC Gaming: MOBA And RPG

On the third and the final day, there was a talk on Cryptography, Privacy – what it is and why it matters, Mesh Networks by the people at chennaimesh.org, Mass Surveillance, etc.

Only at this time did I come across a whole lot of terms, topics, services, and software like – the Enigma machine, Python Encryption, GPF, AGP, KeePass, SciHub, PLOS, XKeyScore, Prism, Tempora, Diaspora, etc. Things about which I already knew were – TOR (The Onion Router), HTTPS everywhere by EFF (Electronic Frontier Foundation), DuckDuckGo (a search engine that doesn’t track you!), Aaron Swartz (The Internet’s Own Boy – Yeah, I had already watched that Documentary), etc. And there were a few more random informative talks by many volunteers over there including one talk about Wikipedia – Why you should get involved, and then talk about licenses, copyrights, and patents, etc.

Overall, it was a wonderful experience for me and I hope it was, for the rest of the people who attended the workshop. Learned so much stuff in three days. All it took for them was just three effin’ days to make me realize how Microsoft was controlling people with their proprietary Windows and other range of software. So many terms and conditions in their End User License Agreement (EULA). Moreover realized how Google keeps tracking you when you’re connected to any of their services, including Android. That’s how they deliver all those targeted ads straight to your face, down your throat. And Facebook, please stop tracking people’s online behavior and don’t play with our emotions by conducting experiments altering the posts on the users’ feed – We know what you’re doing and we want you to STOP it right away. No more excuses.

TRENDING NOW:  How to use OpenDNS/Google DNS on Linux OS

Think I’ve dived in too deep. Time to get some fresh air. That’s how my journey towards Free & Open Source Software started. Well, it’s just the beginning. More to come in the coming days.