Home » General » Diving Into The World Of PC Gaming: MOBA And RPG 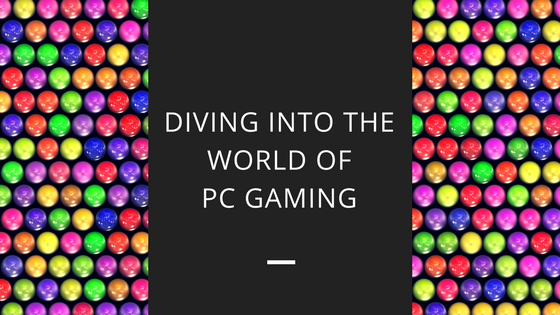 I always wanted to play games on my PC ever since I first made friendship (9 years back) with classmates in school who used to play games on their personal computers every single day. They would discuss about all sorts of games, graphics, strategy, cheat codes and what not. Soon after that, I borrowed one or two game CDs from them and installed it on my laptop. Well, everything went smooth until I realized I didn’t know how to play them. They were not the usual racing games where you can just accelerate and lose your enemies at the turn across the street or highway – these games were complex and had a story behind them. Only if I knew the story would I understand the entire gameplay.

You should now realize that it was the last time I ever tried my hands at gaming. Though I frequent few gaming centers along with my current friends every now and then, I just browse through the different games over there but do not play them because I don’t know what to do. Everyone just assumes I know to play it failing to realize that I’m totally new to it. That’s the reason why I use my phone all time in gaming centers.

Now coming back to present, I have decided to get myself into gaming with the help of my friends. And why did I take this decision? Because I don’t want to miss out on the fun next time I visit the gaming center and it has got a host of other benefits. I began by downloading and installing my childhood favorite game of Need for Speed: Most Wanted and continued with installing Steam, the ultimate online gaming platform available for Windows, Linux and Mac. Soon after that, I installed DOTA 2 – a free to play multi-player online battle arena video game.

I didn’t stop with that. I went ahead and installed Mass Effect, a science fiction action role-playing (RPG) third-person shooter video game series and Rise of the Tomb Raider, an action-adventure video game.

I am already excited and trying out my hand at these games which I have installed on my PC. Though my laptop is six years old, it still supports these games flawlessly. And I should really be thankful to my friends who encouraged me into playing games along with them. If not for them, I would still be the failed child at gaming.